Is too much screen time bad for kids? 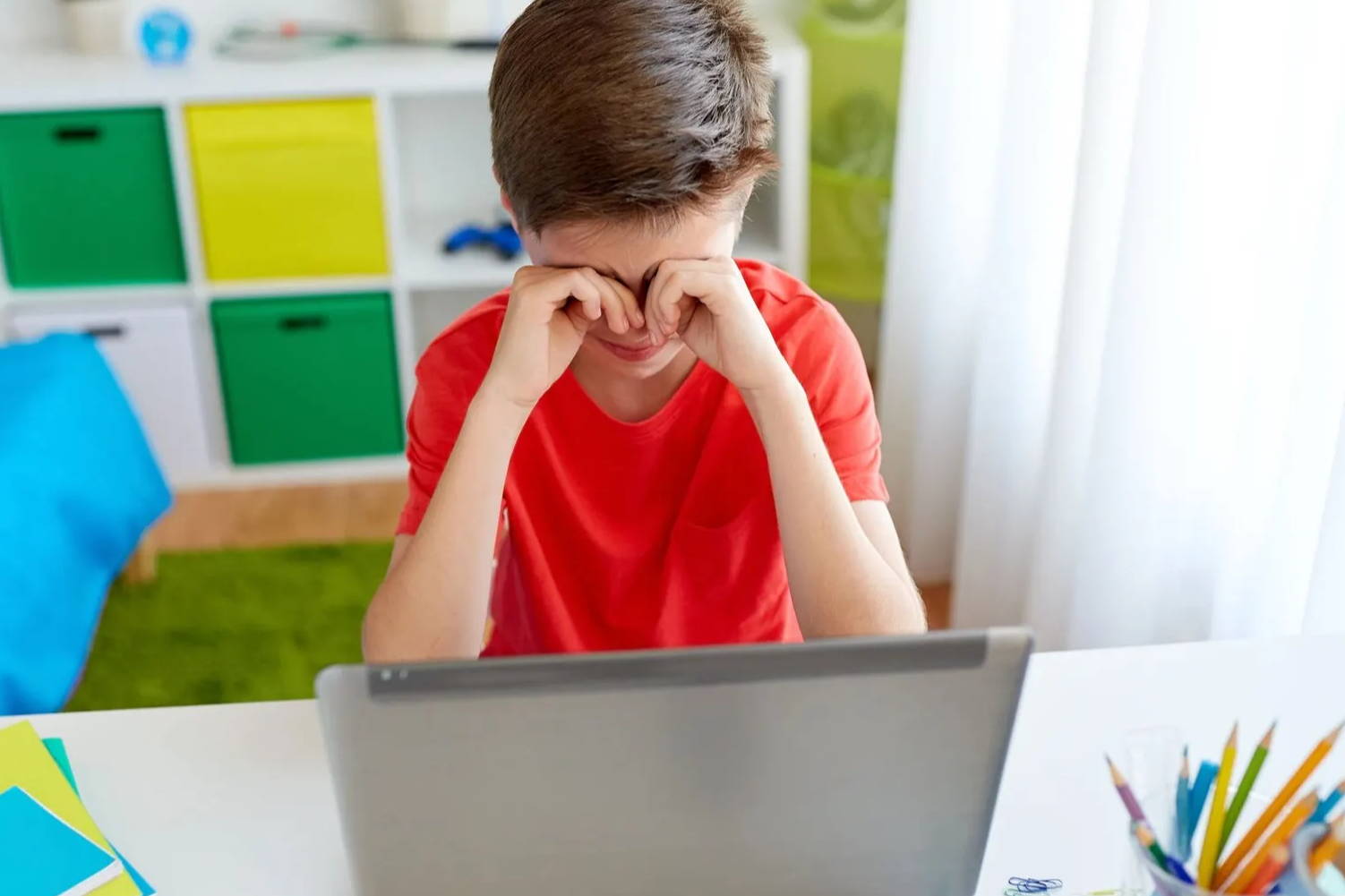 You check in to say good night to your son only to find he is playing "Fortnite" in bed. Or your daughter is busy texting when she is supposed to be studying. Children and their phones are inseparable today, and all that reading and playing games on their handheld devices may be harming their vision.

To reduce screen time, some parents ban phones at the dinner table. This applies to both adults and children. And in some homes, playing games or texting must stop two hours before bedtime. To put a hard stop on screen time, some moms and dads set time limits on their children's daily device use.

For example, when a total of two hours of screen time has been reached, no more texting, game playing or YouTube watching.

What does "screen time" really mean?

According to The Vision Council, 72 percent of American parents report their children routinely engage in more than two hours of screen time per day. And it's very likely most kids actually spend significantly more time staring at screens than their parents think they do. 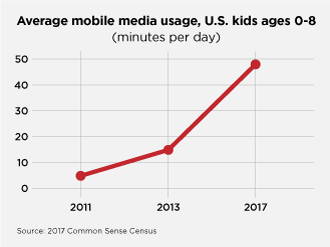 Too much screen time can be a big problem

The Vision Council says 30 percent of parents report their children experience at least one of the following symptoms after being exposed to more than two hours of screen time per day:

Any of these symptoms could potentially affect academic performance and social interactions. The rapid rise of myopia, or nearsightedness, worldwide has been linked to increased use of and exposure to electronic devices. In Singapore, for example, 65 percent of students in Primary 6 are myopic.

In the United States and Europe, where myopia rates traditionally have been lower, around half of young adults now suffer from myopia compared with 25 percent in the 1970s.

Why blue light can be bad for you

The LED screens of computers and portable digital devices emit a broad spectrum of visible light. Most of these light rays are harmless, but a portion of the light emitted by these screens is relatively high-energy visible light called "blue light." Blue light has shorter wavelengths and higher energy than other visible light rays. And laboratory research suggests certain bands of blue light may be harmful to the light-sensitive retina of the eye over time.

Blue light also plays an important role in regulating our body's circadian rhythm. This basically is an internal clock that's running in our brain and cycles between alertness and sleepiness at regular intervals over a 24-hour period. It's also called our sleep/wake cycle. Too much exposure to blue light at the wrong time of day can disrupt a person's normal sleep/wake cycle, which can have serious health consequences.

Risks of too much screen time for kids

When talking about the risks of too much screen time for kids, we’re basically talking about the potential harmful effects of too much blue light. And while it's true that staring at the screens of digital devices adds to the amount of blue light exposure kids get over the course of their lifetime, it's important to point out that the sun emits far more harmful blue light than computers, e-tablets and smartphones. 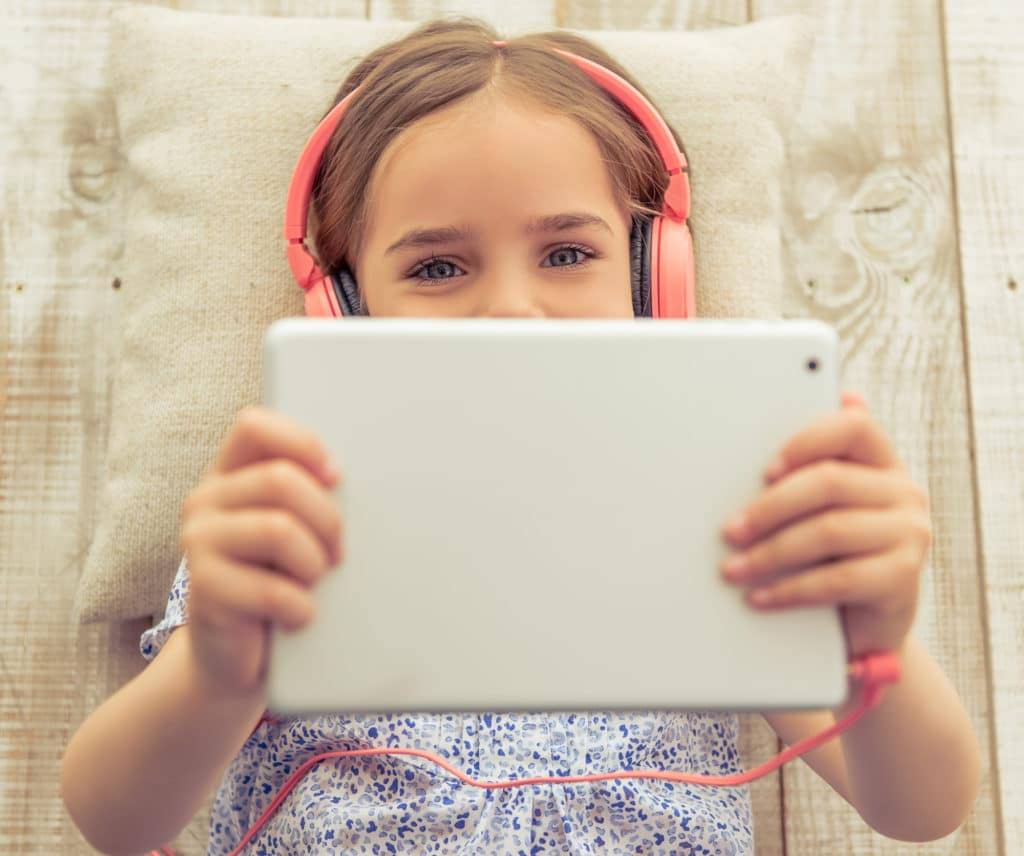 Immediate risks from too much screen time generally occur relatively soon after repeated blue light exposure. Many of these risks are associated with circadian rhythm disruption caused by staring at digital screens well into the night, which can make it much harder to fall asleep at a normal time.

Sleep disruption can be especially problematic for children, leading to daytime drowsiness and poor performance in school because of it. Disruption of the sleep/wake cycle also can eventually lead to weight gain and obesity-related health problems. Research has shown that people who experience disrupted 24-hour cycles of sleep and activity also are more likely to have mood disorders, lower levels of happiness and greater feelings of loneliness.

Also, an intriguing two-year study of more than 2,500 normal Los Angeles high school students found that teens who reported greater digital device use and screen time during the study were about 10 percent more likely to develop ADHD symptoms by the end of the study period. (The researchers pointed out, however, that this doesn't prove a direct cause-and-effect relationship and more research is needed to fully understand the association between screen time and ADHD symptoms.)

How to cut back on screen time

So then, what can a parent do to prevent harm to their child's eyes (and overall health) from too much screen time? It's unlikely kids will reduce their use of digital devices. So the answer lies in taking steps to limit the amount of blue light reaching their eyes while they are using these devices.

One solution is to purchase eyeglasses with lenses that reduce the amount of blue light that enters the eyes from computer, e-tablet and smartphone screens. A number of lens manufacturers produce eyeglass lenses that filter blue light. Another option is to have an anti-reflective coating that blocks blue light applied to the lenses.

But what if your child doesn't need prescription glasses? The most convenient option in this case is to purchase a protective blue light filter that can be applied to the surface of your child's digital devices. Examples include InvisibleShield Glass+ VisionGuard screen protectors from ZAGG.

Also, remember to use the blue light filtering features on certain devices (like Apple's Night Shift), or multi-platform apps that block blue light, such as f.lux and Iris.

To reduce the risk of your child disrupting his or her sleep/wake cycle, create a "no-screens" rule at least an hour or two before their scheduled bedtime.

Or set a time limit on your child's phone use. Apple, Google and other tech companies have recently introduced time management features and apps that allow you to monitor your child's daily screen time. Visit your phone vendor's website or store to learn more.

Be proactive as a parent. One goal maybe? Spend more quality time together and less screen time with your son or daughter left to their own devices. Better yet? Protect your child's vision while they're watching YouTube videos, posting Snaps and playing games.

Finally, schedule annual eye exams with an eye doctor near you to monitor your child’s vision and eye health. And don't forget to ask your eye doctor about blue light protection options.

Tips for Your Child's New Glasses

Why UV Safety is Vital in Eye Wear

Sign up to get the latest on sales, new arrivals and more…